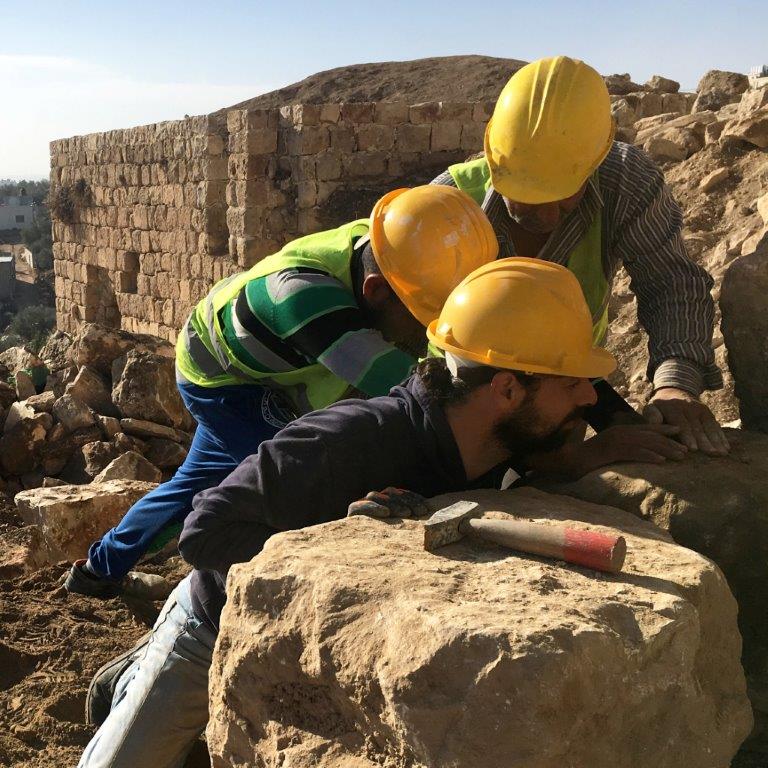 In 2000 the Israeli government made three major decisions that had negative consequences on Palestinian lives and futures: one was the building of the Separation Wall; the second was to forbid Palestinians living in the Gaza Strip and the West Bank to use al-Lydd airport (Tel Aviv airport); and the third was to forbid Palestinian laborers from working in Israel. Considering that close to 150,000 Palestinian laborers worked in Israel at the time, it meant that more than one quarter of the Palestinian population woke up one day to find they were unemployed with no income. As a result, unemployment shot up to unprecedented levels of almost 50 percent.

In response to these harsh colonial policies, a few months later, Riwaq initiated its program Tashgheel: “Job creation through conservation” in an attempt to contribute its modest share in giving meaningful job and training to young people in Palestinian towns and villages.

Waqfiyyet Tashgheel focuses on Palestinian laborers and their right to work, and to have a dignified life for themselves and their families.

Since 2001, Riwaq has restored more than 120 historic buildings in more than 80 villages in towns throughout Palestine; derelict buildings used as rubbish dumps have been converted into attractive and safe social spaces for marginalized sectors of the community in the most impoverished areas of Palestine. Riwaq’s work has enhanced living conditions, revived traditional skills and techniques, and created more than 500,000 direct days of work on-site for unemployed Palestinian laborers.