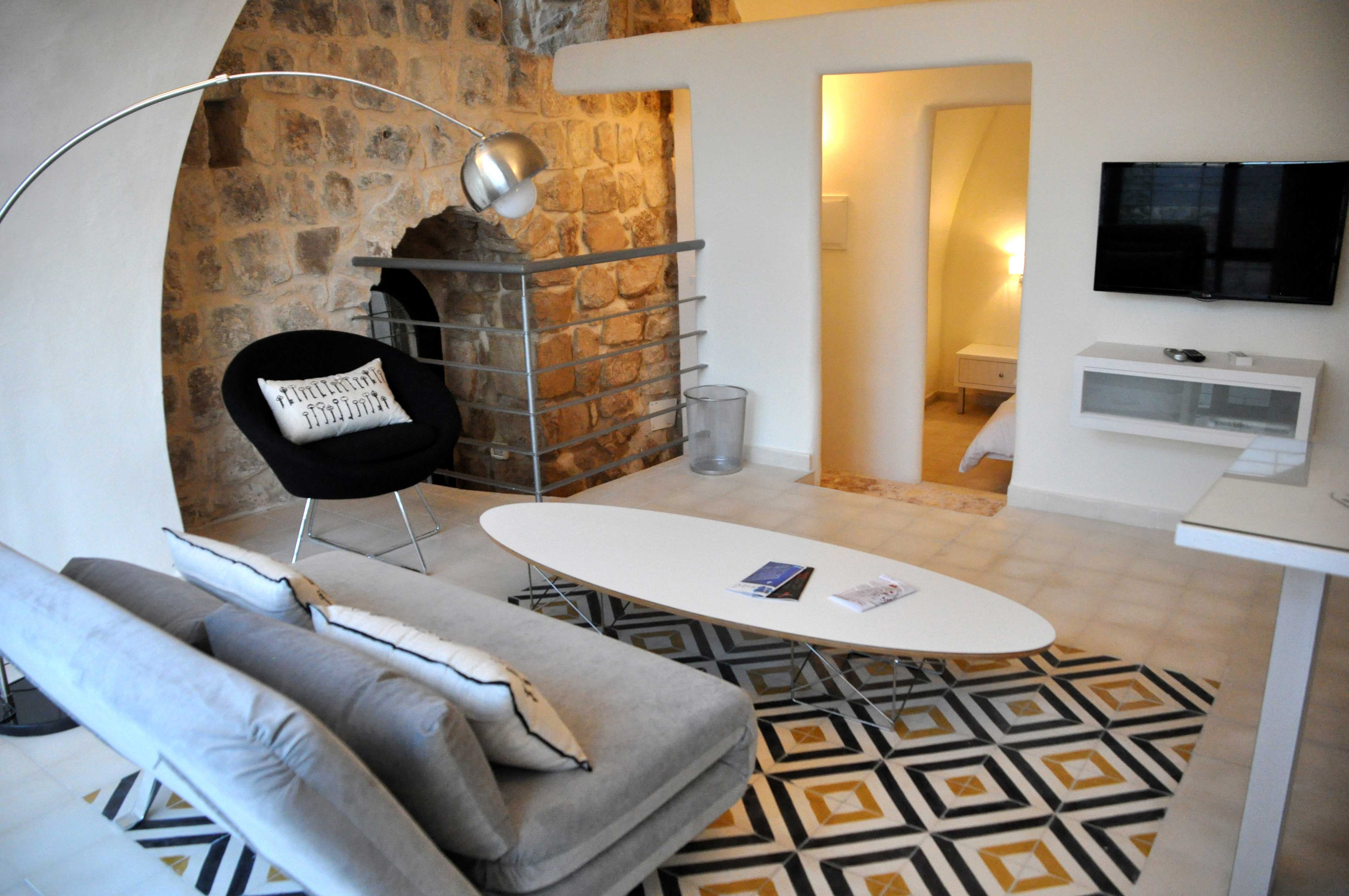 For decades RIWAQ has played a central role in the discourse on Palestine's architectural, urban and cultural identity, offering a space for local and international scholars and professionals to investigate topics related to architecture, conservation, environment, community, urbanism, visual art, modern history, and historic archives.

Our residency space at Hosh al Etem in Birzeit welcomes creative individuals in various disciplines to produce works related to the topics above. Despite our limited space, we encourage applications from scholars and professionals worldwide. Accepted applicants are offered the space up to three months.

RIWAQ charges the users amount of rent as follows (in cash):

· Please note that the residency space is not equipped for special needs.

· Riwaq does not receive applicants in winter (1st December-1st March).

· Internet not provided in the residency.

Hosh el Etem is a typical residential courtyard of mid-mountains Palestine. Telling from its typology and building techniques it is most likely to be of 18th to early 19th century construction. Bordering Hosh Shahin from the East and the Mamluk khan from the South, Hosh el Etem is the fill-in between these spaces, which are apparently older structures. According to RIWAQ archive, Zachariah Farah owned the Hosh, before it was transferred to the Birzeit Municipality. With the advance of modern housing and new living standards in the British colonial era (1917-1948), many courtyards were abandoned and left to deteriorate. With the absence of protection laws or investment, the Hosh went into darkness. By the end of 20th century the Hosh had become a dump place where trees and bushes flourished.

Hosh el Etem literally means the “Dark Courtyard.” This is an obvious quality of its organically developed spaces around small open space known as ‘hosh' in Arabic. Moreover, the traditional peasant houses are characterized with the minimal number of windows and doors to keep the privacy in a rather conservative community. The minimum number of and elevated windows not only functioned as a protection and defensive system against looters or intruders but also served as an environmental solution by controlling the loss of energy in extreme summers and winters.

The Hosh is composed of five cubical peasant houses some 100m2 each. A peasant house is almost a castle. The house is normally composed of two or three levels, and contains all functions including storage of farming equipment and the domesticated pets and cattle (in the lower level: Qa'a al Beit), the intermediate living area (al Mastaba) that contains the fire place known as al Wijaq, and an upper level (al Raweyeh), which serves as sleeping room or extra storage space. While two of the five houses got this three-split level arrangement, the other three got only two levels. The courtyard (hosh) itself was used for summer hangouts as well as cooking and washing spaces.

You can download the application here. Please complete and send to info@riwaq.org