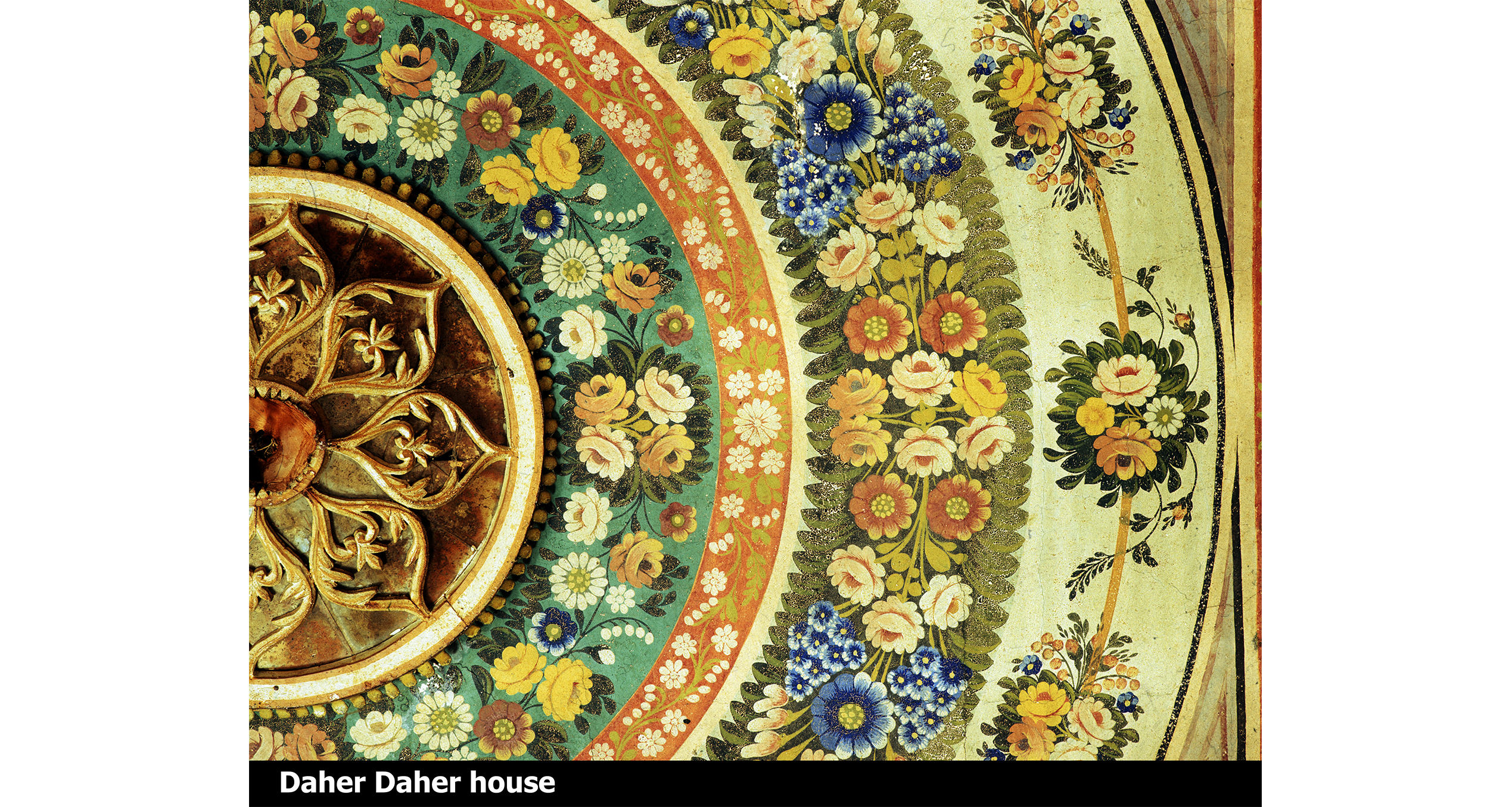 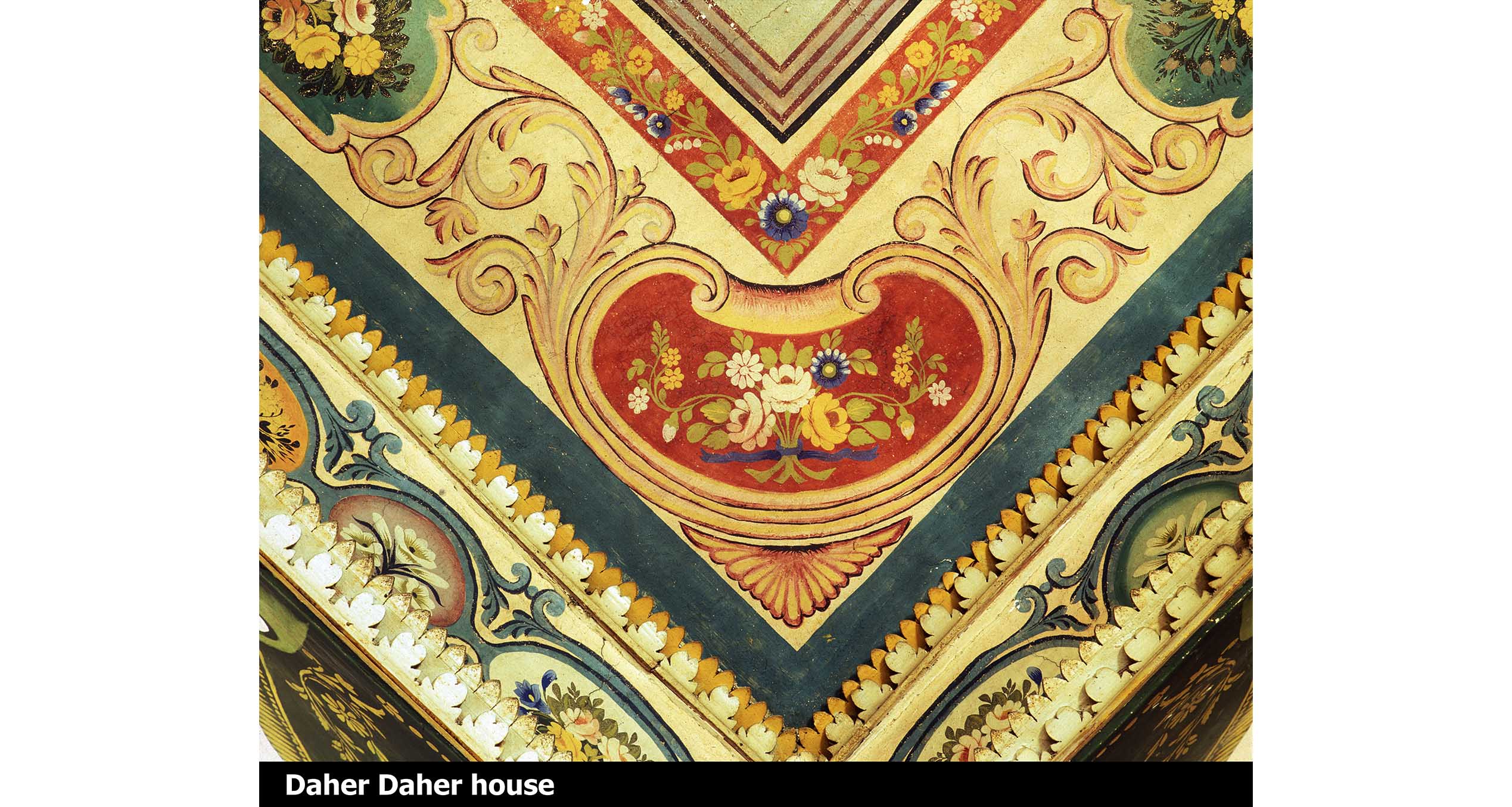 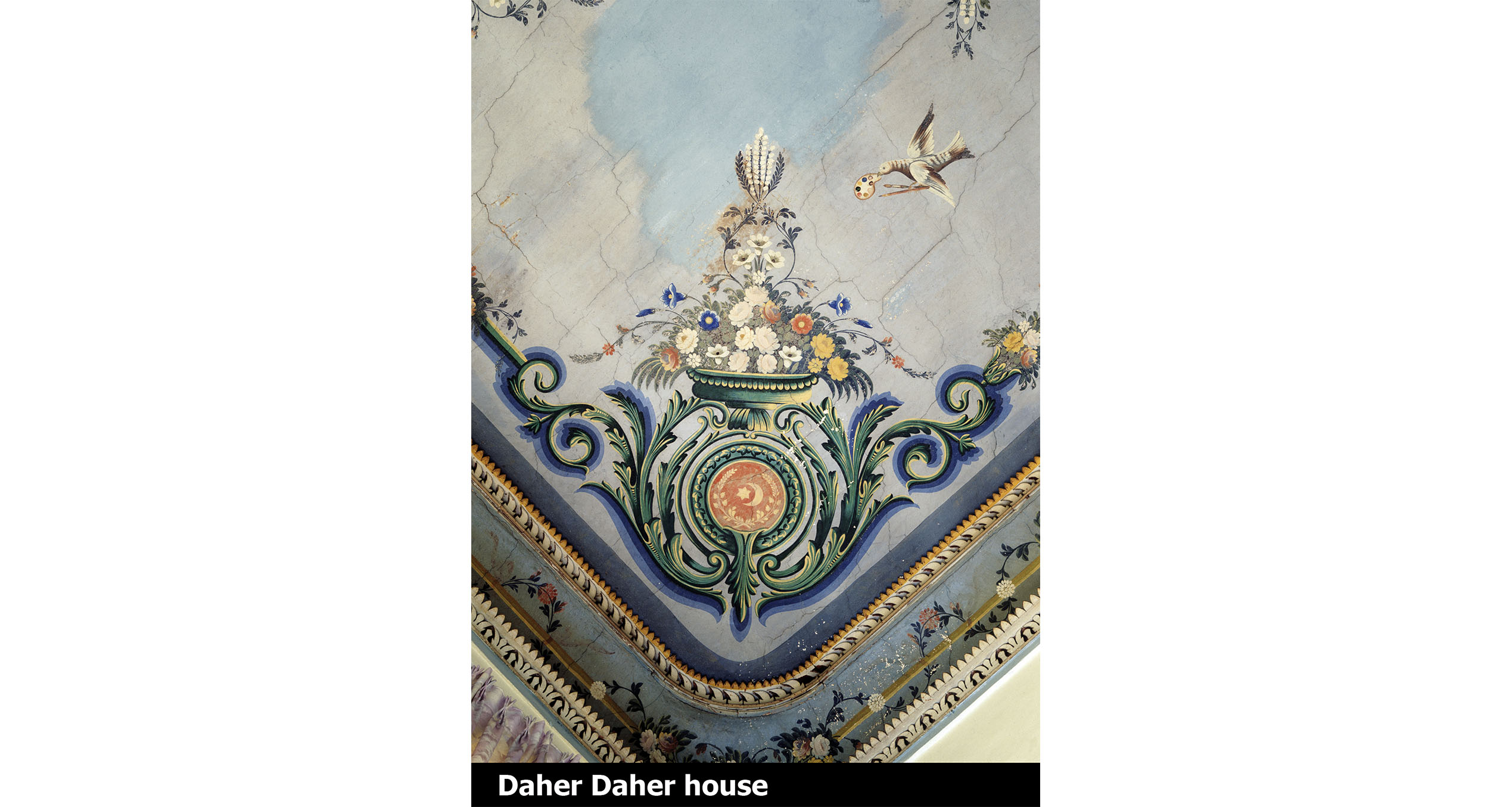 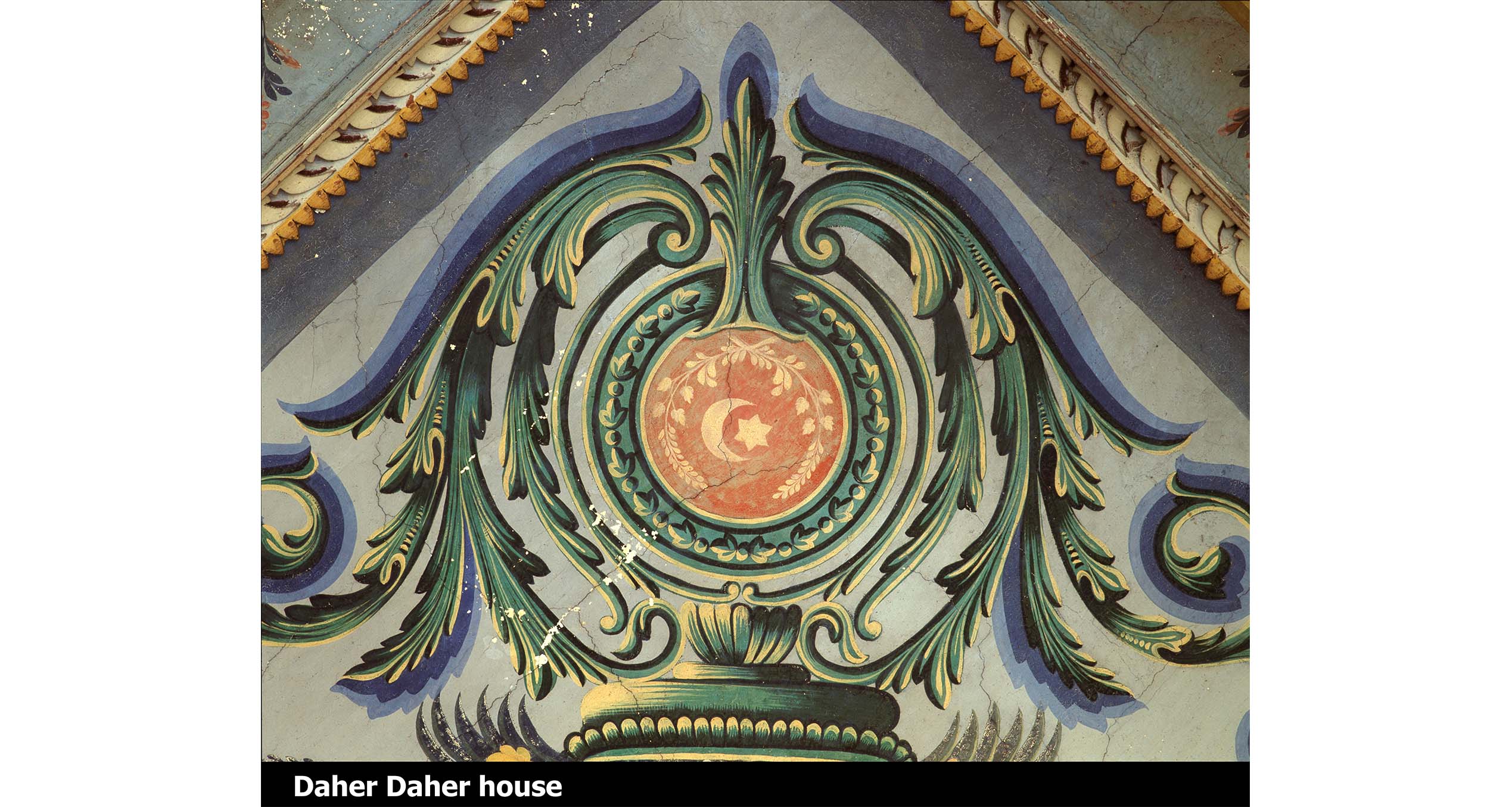 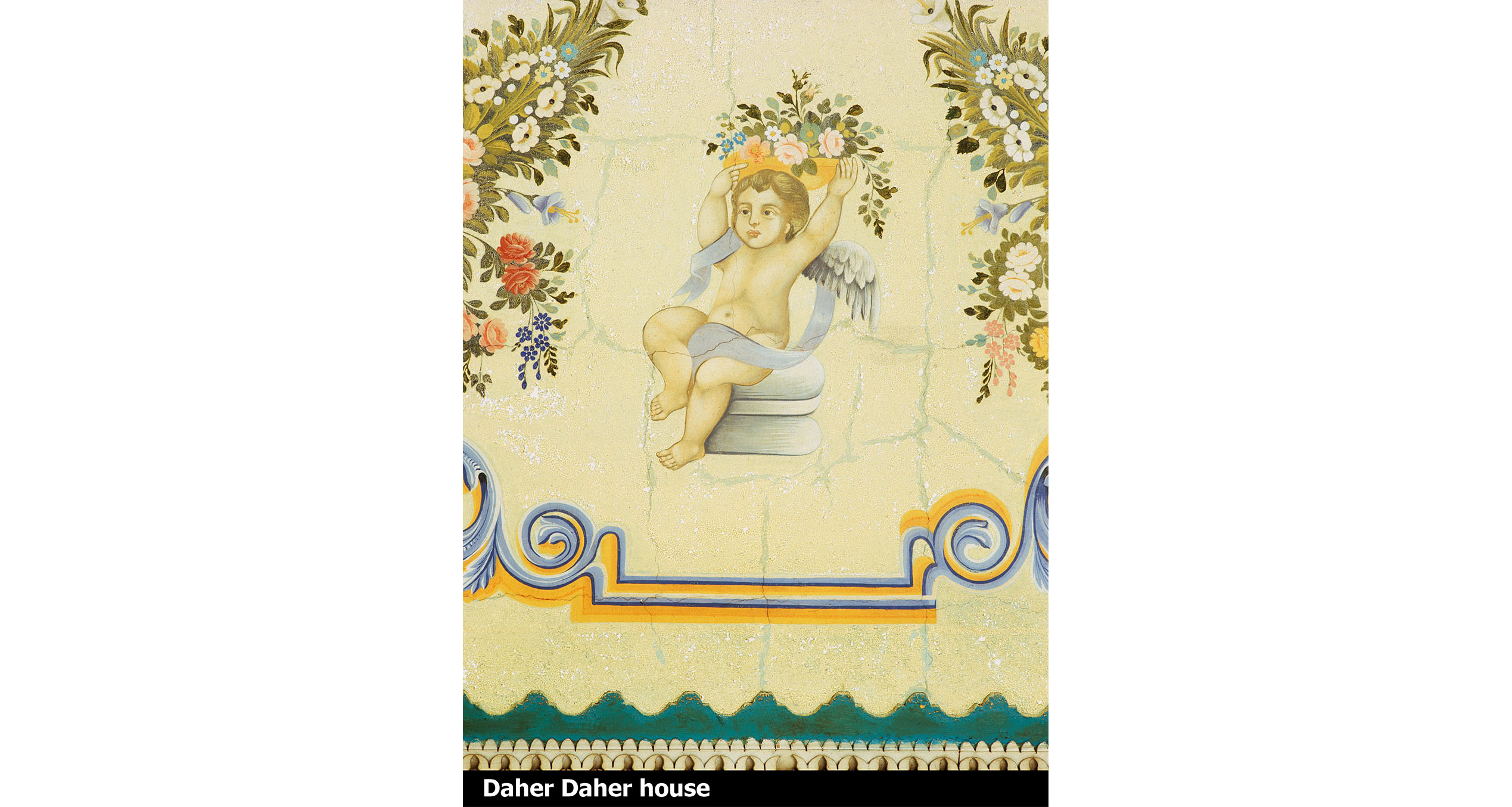 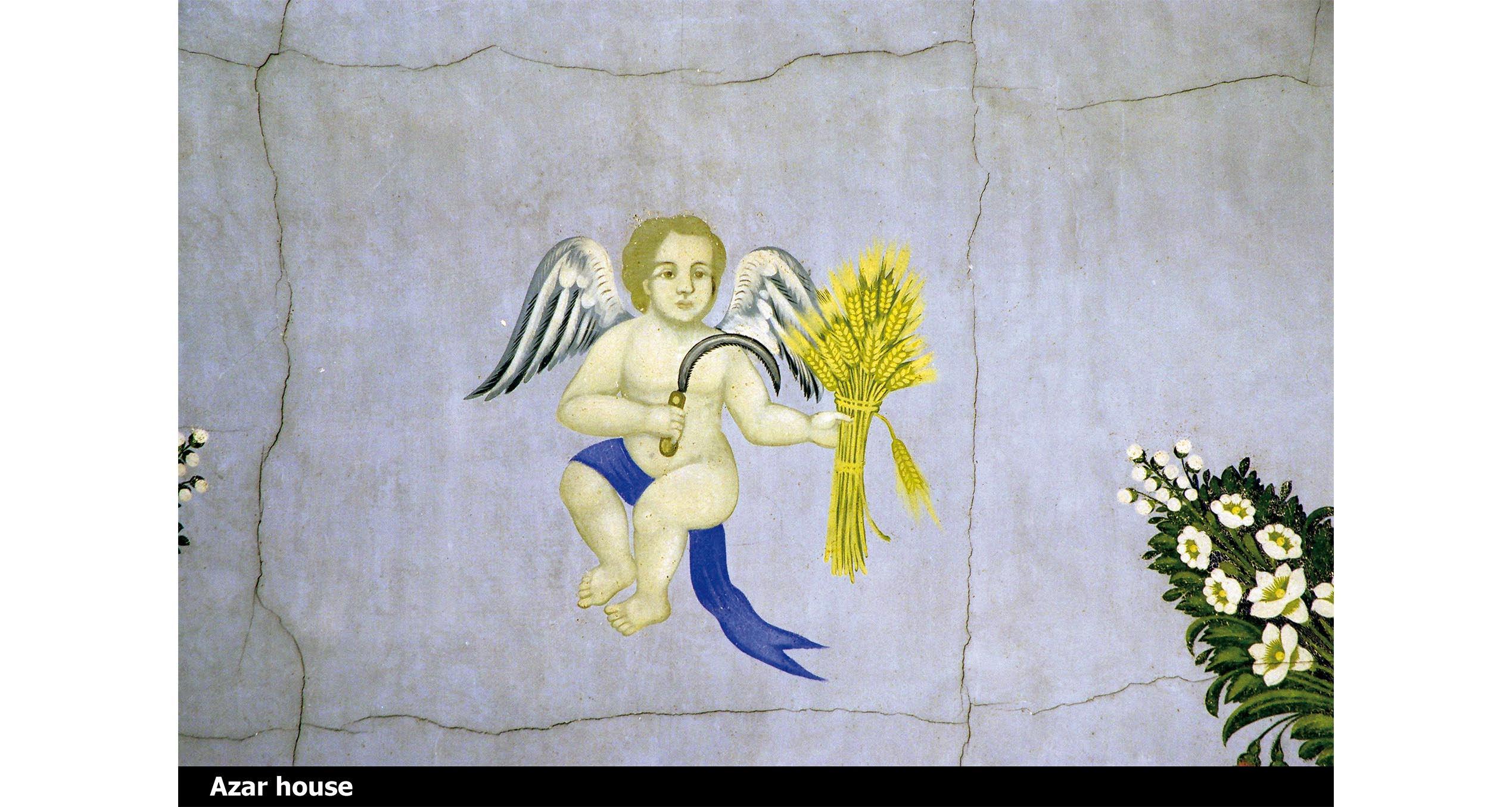 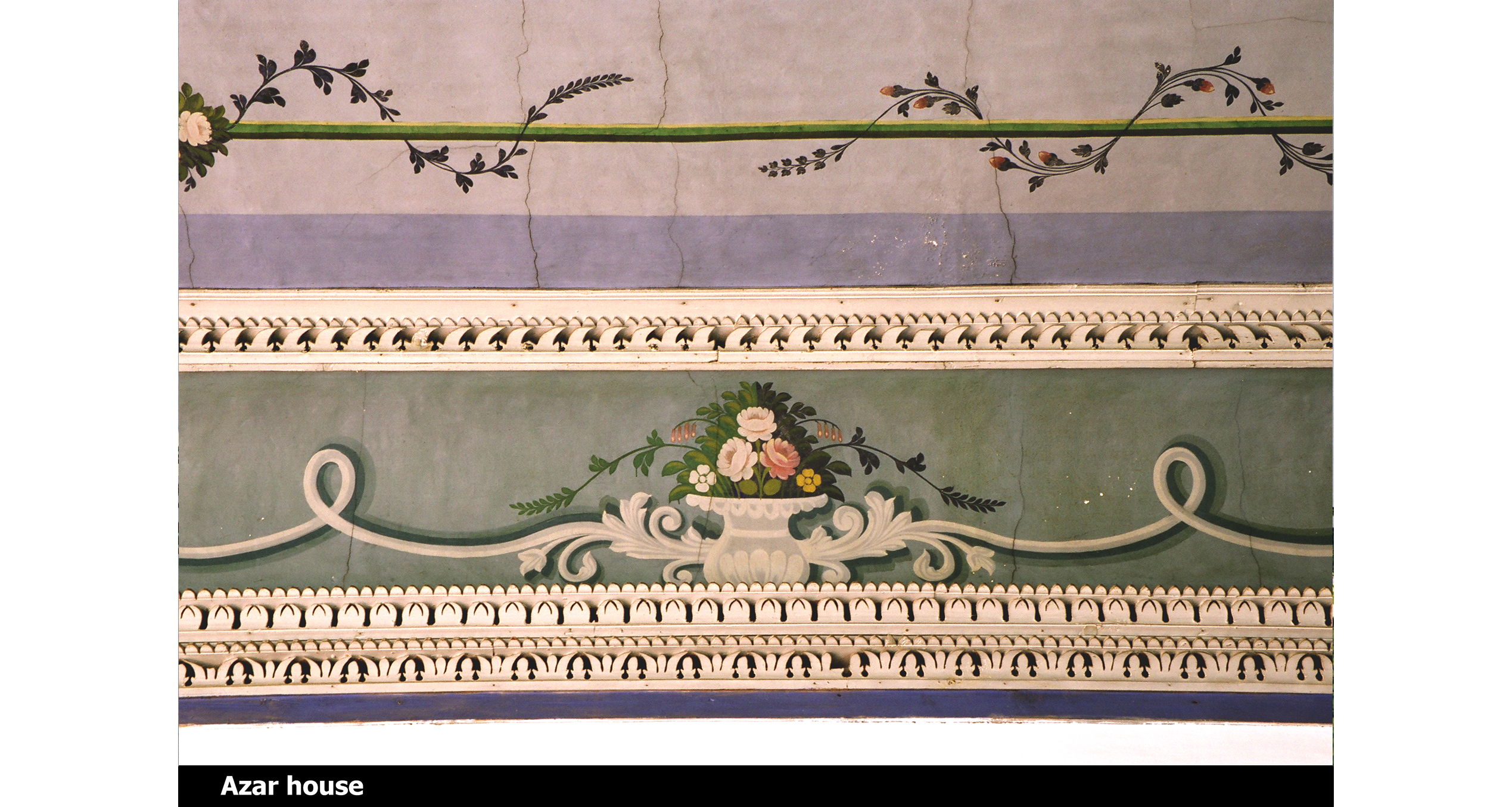 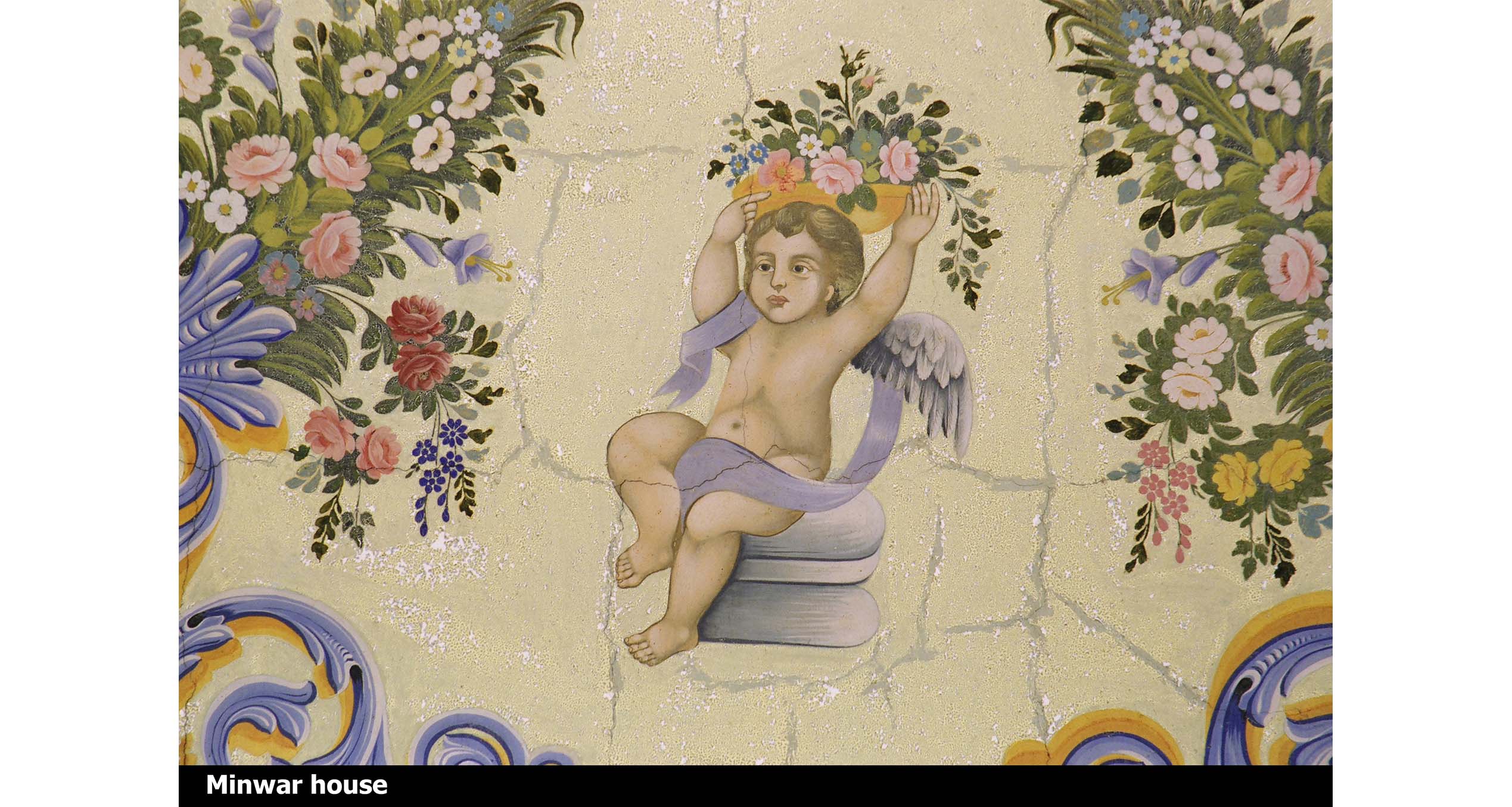 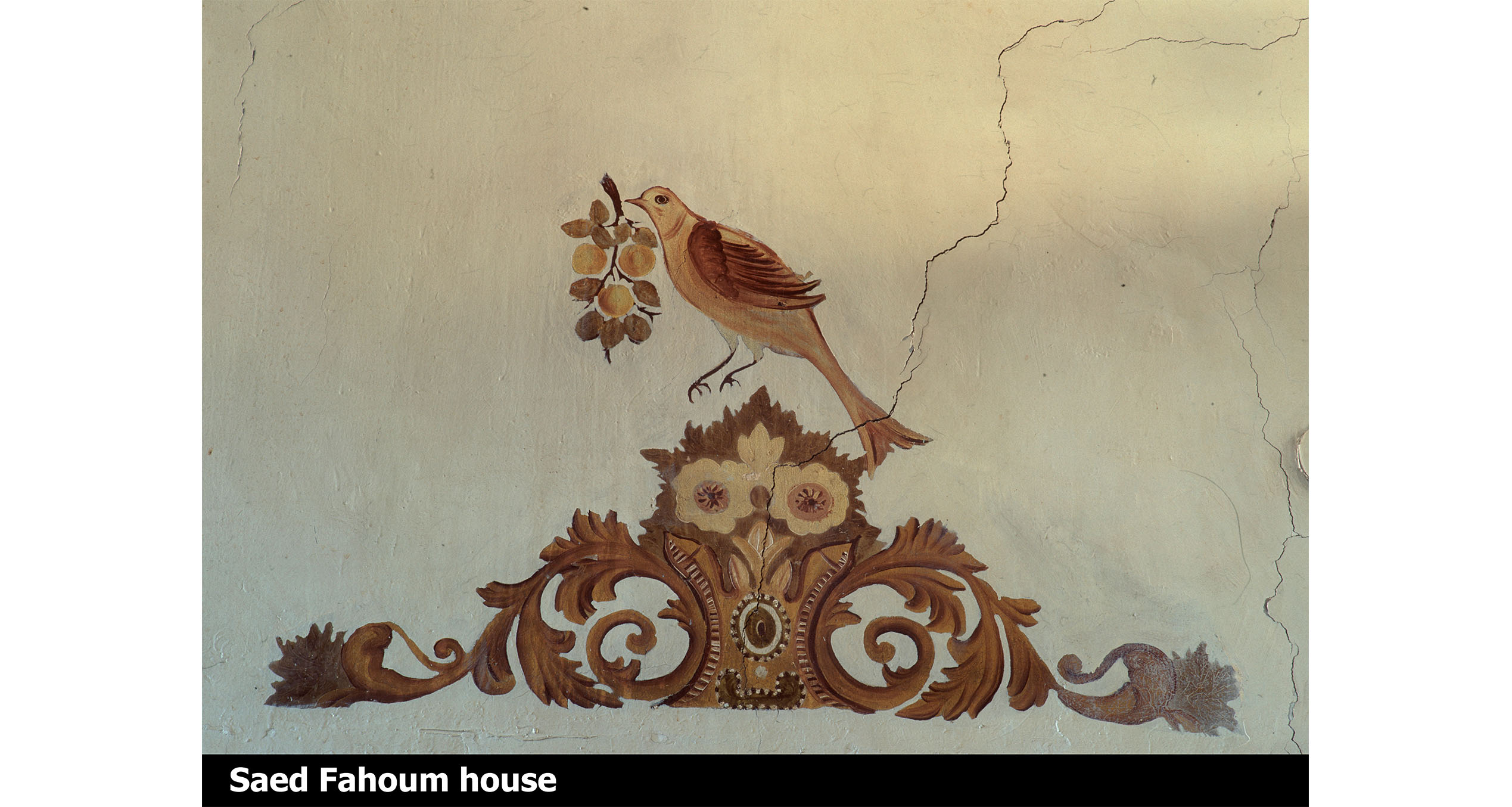 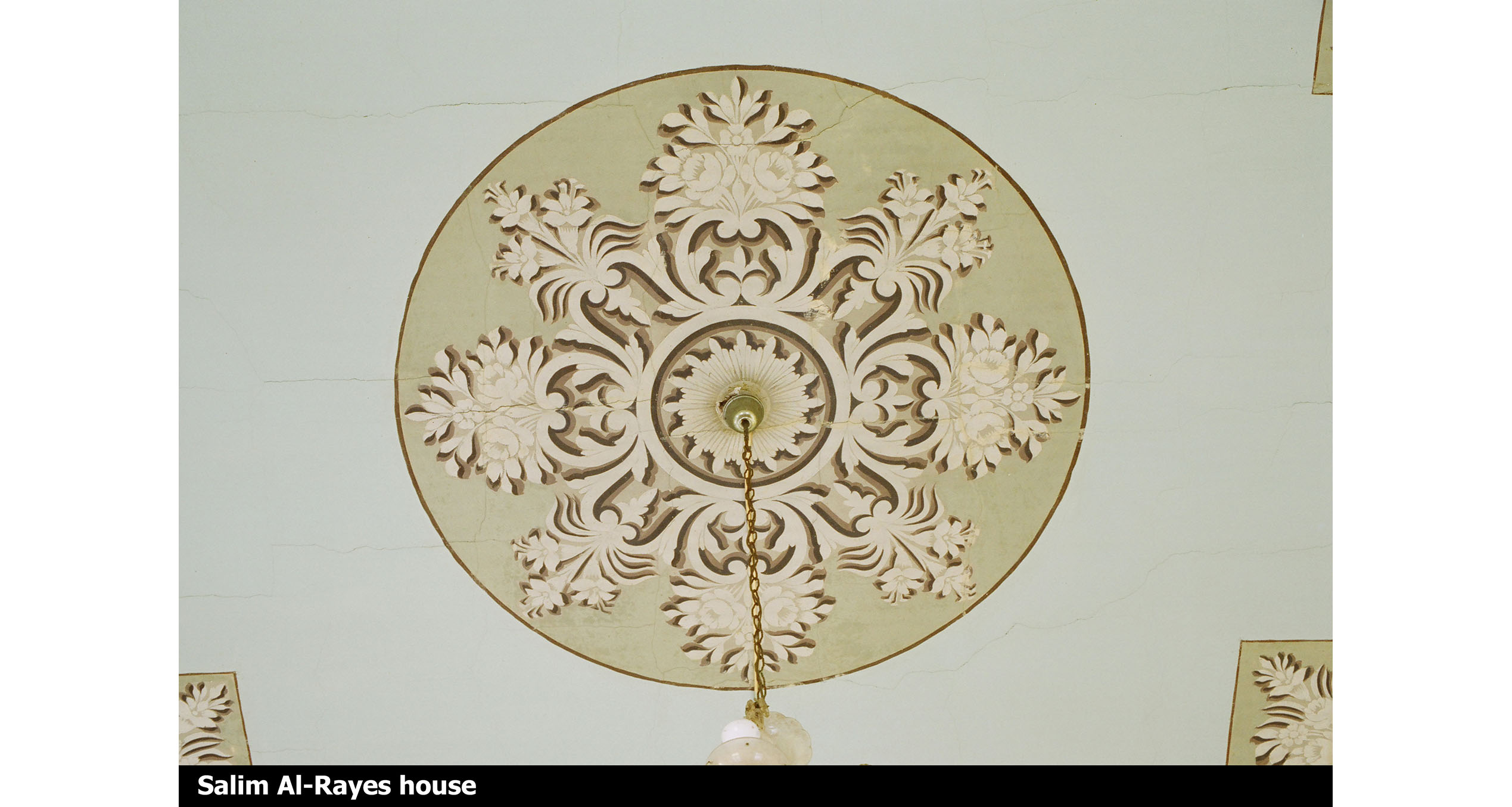 Riwaq’s fascination with the heritage of mural paintings in Palestine was manifested in the book entitled “Wall and Ceiling Paintings in Notable Palestinian Mansions”, the eleventh book published by Riwaq in 2008. This book is a comprehensive documentary and comparative study, which includes examples of murals from Galilee to Gaza.

The book examines ceiling and wall paintings at the end of the nineteenth and beginning of the twentieth century. These murals are testament to Palestine’s place within the Mediterranean basin, and link the country to several surrounding cultures. They also provide evidence of the beginning of Palestine’s openness to cultural, social and economic exchange with the world.

The greatest number of murals was found in Jerusalem, Nazareth, Acre, Jaffa, Bethlehem, and Nablus. With a few exceptions, wall paintings in the houses of Haifa, Ramla and Lod were destroyed with the houses themselves in the 1948 War. While the phenomenon seems to have bypassed the urban centers of Safad, Hebron, Tiberius and Gaza altogether, rural Palestine, especially the throne villages and wealthy families’ mansions, contain some breathtaking examples. Many murals were wrecked by negligence, careless restoration or deliberate destruction, whereby the history of the original owners has been intentionally obliterated under the guise of ‘renovation’ or ‘development’.