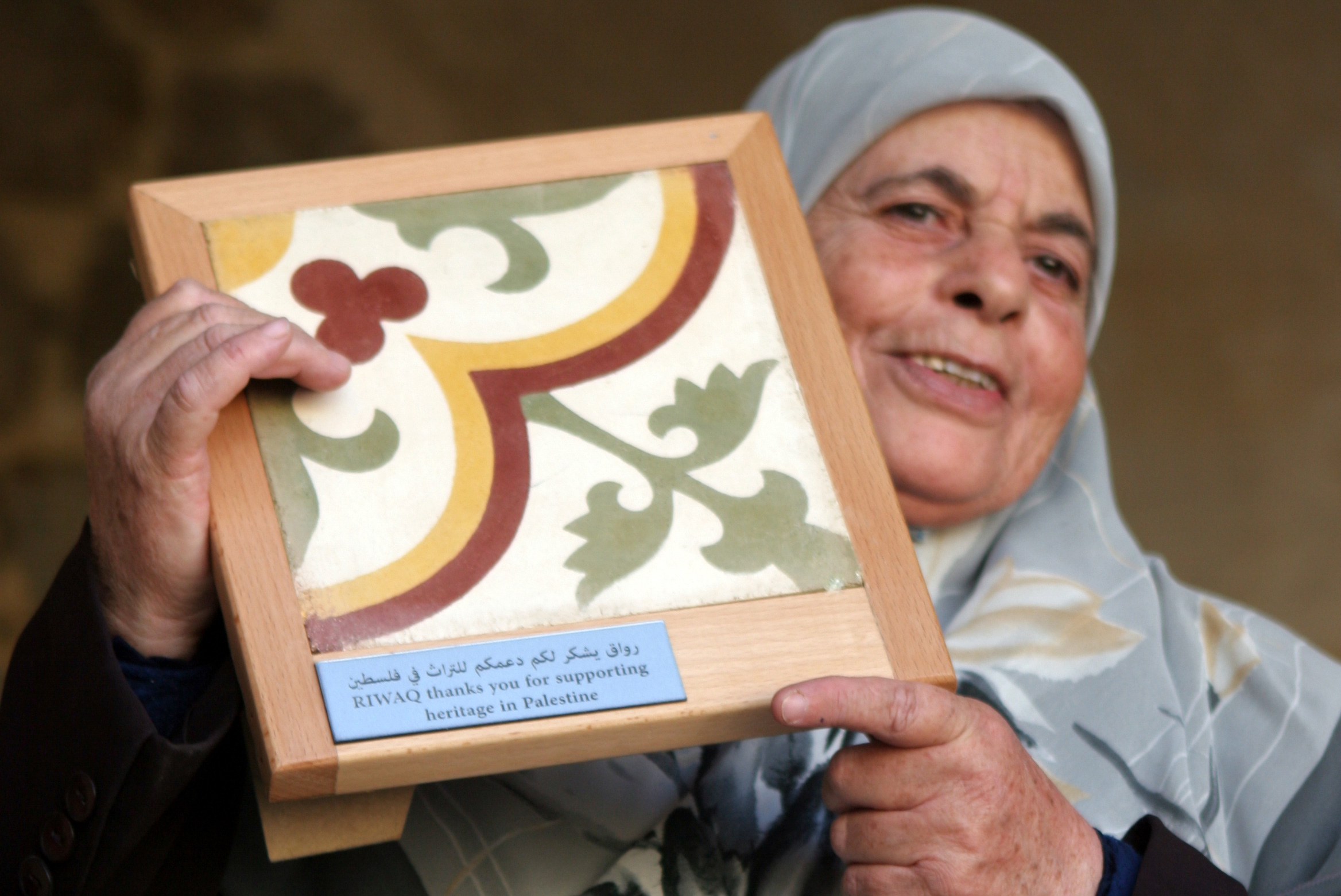 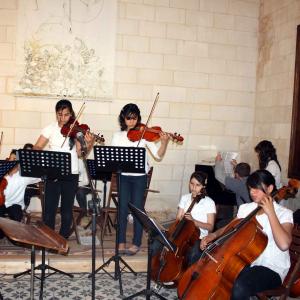 After RIWAQ restored its first batch of historic buildings in the Job Creation program between 2000 and 2003, the project gained more visibility and potential new partners began approaching RIWAQ for restoration support. Razmi Radwan with his newly established al Kamandjati Music Association was one of our initial applicants in 2003. Ramzi’s vision and passion were unquestionable, but they lacked a track record in Palestine. Our concern over the sustainability of the project led us to draw up contractual conditions that gave the premises to another association in the event of a default.

Merely one year after the restoration project was complete, our earlier doubts were assuaged. Al Kamandjati became one of the most prominent and successful music associations in the country, and its mission continues to bring music to underserved children in refugee camps, villages, and old towns. RIWAQ and al Kamandjati went on to restore another building for the association at the heart of Jenin, bringing new cultural activity to the city and its children. And in 2005, an additional building was retrofitted in Deir Ghassana and an annex was added to the original headquarters in Ramallah

Today, al Kamandjati musicians and staff tour RIWAQ-restored buildings and plazas organizing festivals, performing for special occasions, and offering classes. The shared values and beliefs between al Kamandjati and RIWAQ have made this partnership last. Together, we believe that culture is a basic human need and that our historic built environment is the hub within which we truly embrace our cultural life. 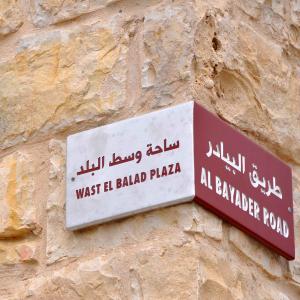 The relationship between RIWAQ and Birzeit Municipality dates back to 2003 when RIWAQ restored a building to accommodate the Children’s Library at the heart of the historic center. Up until this time, Birzeit’s historic center had suffered from neglect and was overtaken by foliage and plants. The municipality’s newly elected council recognized the possibility of restoring the city’s center and in 2007, partnered with RIWAQ on an ambitious plan to restore the historic center into one that was responsive to the aspirations of the community. A vision of a mixed-use environment suitable for life and work was our guiding approach; a strategy was formulated and an action plan was put together to guide interventions. In five years, research, cultural activities, and physical intervention were carried out. Infrastructure was enhanced and street pavements, furniture, playgrounds and restored houses changed the look and functionality of the historic center and its inhabitants.

In 2013, with assistance from the Rozana Association which operated out of a building restored by RIWAQ earlier that year, approximately 35,000 visitors attended the city’s annual heritage week. And today, RIWAQ’s completed restoration projects house restaurants, cultural centers, and museums. The Birzeit historic center project was a pilot project for RIWAQ’s ambitious project that targets the 50 most significant historic centers in Palestine, and is the founding experience of large-scale rehabilitation across rural Palestine. RIWAQ was awarded the 2013 Aga Khan Award for Architecture for the project’s impact on the social, economic, and political development of the area 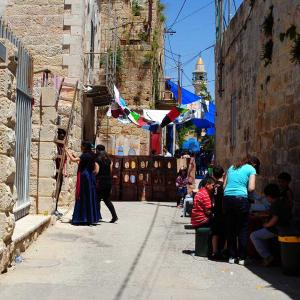 The collaboration between RIWAQ and the Municipality of Ramallah dates back to the early 1990s when RIWAQ initiated a pilot project for the registry of historic buildings in Palestine. This was followed by a project that analyzed the possibility of revitalizating the historic center. Unfortunately, the aspirations of bringing life back to Ramallah’s historic center did not materialize, as stigma related to the city’s poor inhabitants and lack of capacity to sustain such a project loomed high. Based in Ramallah, RIWAQ subsequently published Ramallah, Architecture and History in 2002, refuting the stigma and changing the mentality towards Ramallah’s history and heritage. It was not until 2004 however, when RIWAQ restored al Kamandjati Music Center in the heart of the historic center that new dynamics and demand were created for RIWAQ’s interventions. In 2008, RIWAQ and the Municipality of Ramallah drew up a memorandum of understanding to collaborate in the field of heritage restoration and management. The MOU was fostered through the restoration of the first tourist information center in Ramallah and the restoration of a residential courtyard as a museum for photography.  Between 2012 and 2014 RIWAQ partnered with the municipality to produce the Rehabilitation Manual for the Historic Center of Ramallah, protection guidelines, and an action plan for the historic city.  RIWAQ has also begun the implementation of new infrastructure and pavement projects. In 2014, through the commitment and dedication of its community members and collaborative efforts between RIWAQ and municipal offices, the Municipality of Ramallah stands as a guardian for the region’s heritage. 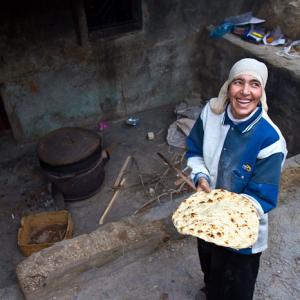 Dedicated to local economic development through skill-building and job opportunities, RIWAQ and the Fare Trade Association share similar goals and values, and for this reason are natural partners. In 2012 RIWAQ and Fare Trade partnered to transform a mansion in Jinsafout into a community center, children’s garden, and production center with gardens, restored terraces, and well-ventilated rooms, all of which contribute to a healthy work environment. Later in 2013, RIWAQ worked with Fare Trade in Deir Ballout to restore a building for the local women’s association involved in food production and providing meals for local families. The Deir Ballout Women’s Association now operates from a newly restored historic home with a fully equipped kitchen for production in addition to flexible space for a broad range of programming. 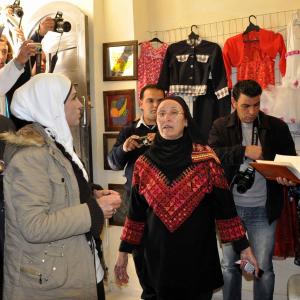 Over the course of nearly a year, RIWAQ was approached persistently by the Women for Life Association to restore a collection of five historic buildings and transform them into the association’s counseling and training headquarters. The group had been renting a flat in a new concrete building at the edge of town and was growing out of their space. RIWAQ restored the buildings in 2009, providing spaces for meetings, legal consultancies, trainings, and new offices. The new space offered visibility and stability for Women for Life. The organization flourished in its new space, and was able to gain more support from the community, allowing it to secure a rental agreement with the Taha mansion, one of the most beautiful mansions in town located on the main thoroughfare. The Taha mansion was subsequently renovated by RIWAQ for the Women’s Association in 2011. The mansion is now its main office, as well as a crafts production center and visitor’s gift shop.  Women for Life continues to grow, adding more supporters, beneficiaries, and partners to its portfolio and utilizing the integral spaces provided by RIWAQ’s programs. 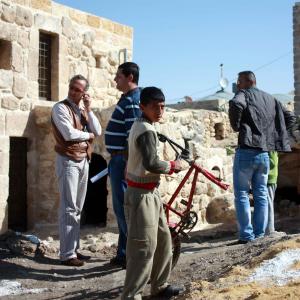 The relationship between RIWAQ and Adh Dhahiriya Municipality started in 2005 when RIWAQ restored a residential courtyard, transforming it into a community center. The success of the project was greeted with enthusiasm from the municipality and its residents. RIWAQ subsequently implemented a series of interventions and restoration projects to meet the high demand for educational, cultural, and community-based services in Adh Dhahiriya. Located in a town in the south of Palestine, Adh Dhahiriya became a site for RIWAQ’s work, as we continued to forge forward with rehabilitating the entire municipality. The community center was followed with a municipal service center, followed by the restoration of a piazza in the center of town, a museum, a restaurant, a hostel, a market, and elaborate infrastructure initiatives, including street pavement and street furniture, and housing initiatives. These projects were designed and incorporated into the community based on expressed need, input, and direction from municipality and community members, and have yielded a renewed sense of purpose in Adh Dhahiriya, bringing new economic opportunities and underscoring the significance of rural heritage as a source of local pride. 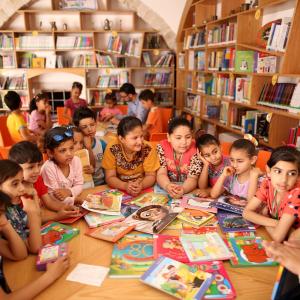 Riwaq completed the renovation of St. George’s Monastery in the centre of Deir Al Balah, historically a large mud village on flat ground with wells to the south of Gaza City.  The building is composed of two levels containing five vaults and a courtyard. The facility now includes a library, multipurpose rooms, bathrooms, a kitchenette, and a courtyard.  Nawa for Culture and Arts Association uses the building for children’s activities. Hundreds of children benefit from this new facility. They find books to take home. Traumas are healed through activities and story telling. After its opening and the rehabilitation of the alley leading to it by the neighbours’ kids, the former rubbish dump was miraculously turned into safe space and place of interaction and knowledge production.