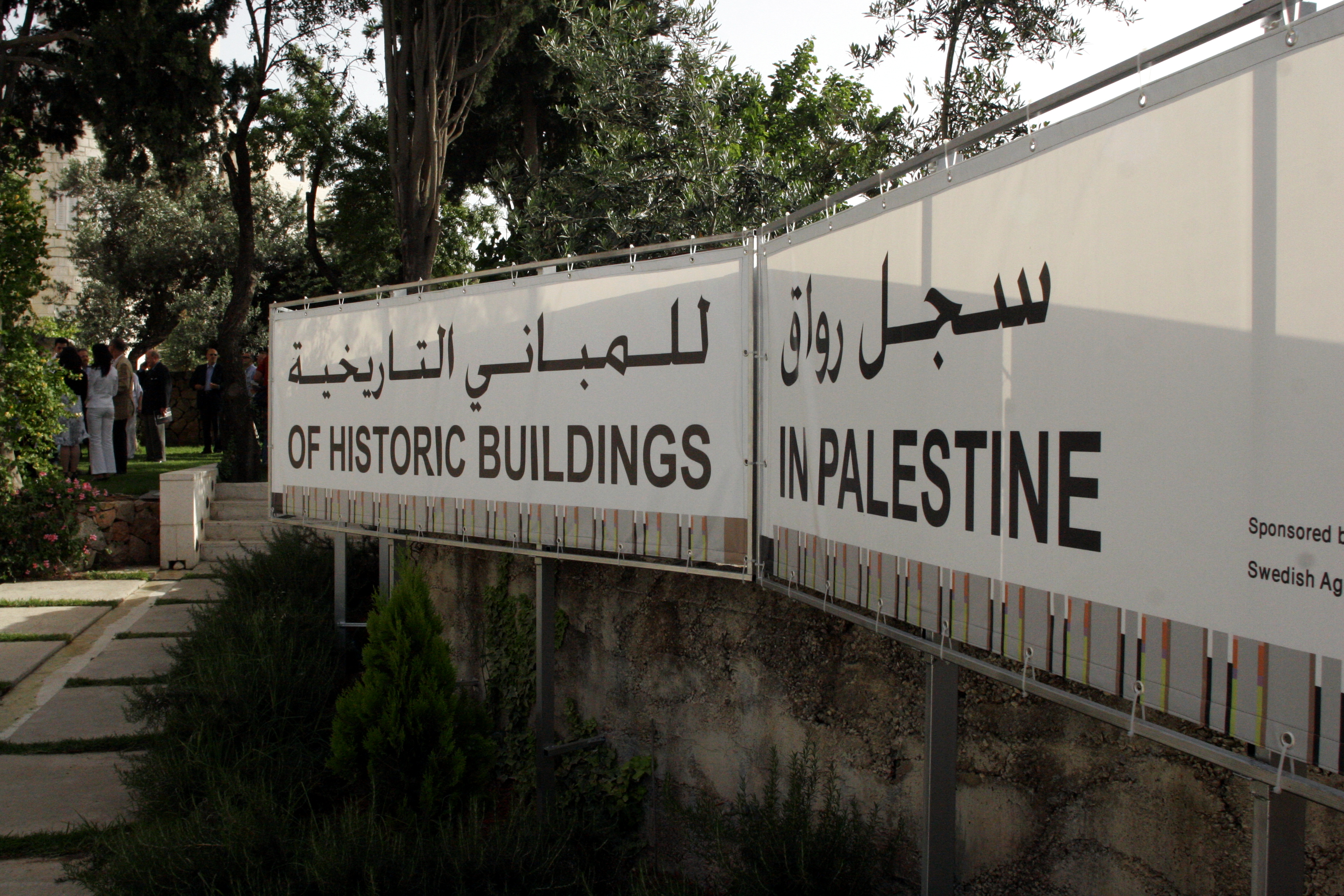 Riwaq’s Registry of Historic Buildings in Palestine is important because it deals with one of the most endangered components of cultural heritage and it lies in the fact that it is the first registry of its kind for one component of Palestine’s cultural and natural heritage (architectural heritage) in the West Bank, including Arab Jerusalem, and the Gaza Strip.

Although the British, Jordanians, Israelis, and Palestinians carried out several surveys of archaeological sites in Palestine, this publication is the first complete inventory of the historic buildings in Palestine.

Therefore In 1994, Riwaq initiated a project that would register the historic buildings in Palestine. and we regard this Registry as the first step in the long process of safeguarding Palestinian cultural and natural heritage. We believe that knowledge and information are essential for the safeguarding of our cultural and natural heritage, This Registry is an encyclopedia of architectural information on some 50,320 historic buildings in 422 Palestinian localities–16 major cities, including East Jerusalem, and 406 villages throughout the 11 governorates in the West Bank and the 5 governorates in the Gaza Strip. The value of this Riwaq’s Registry is further enhanced by the archiving of a large number of computerized maps.  It includes more than 400 such maps, which have been transformed from their original inaccurate paper copy into computerized maps.  Riwaq’s Registry includes more than 45,000 photographs of old historic buildings. This Registry is therefore an important document that not only gathers the information, but also corroborates it in archived maps and photographs.

This database is for information only and its accuracy is not guaranteed. Names of properties change over time and without notice and the information given relates only to the names in use when the list was drawn up. It does not detail the extent of curtilage or curtilage structures (those included in the registry because they are within the same boundary) so care is required in respect of buildings within the grounds or former grounds of registered buildings. A land search (which is map based and forms part of most property sale searches) is the normal way to check definitively whether or not a building is registered, and even these can be the subject of challenge in court in the case of curtilage matters. Remember that each registered building is someone's property and may be their home so please respect their ownership and privacy. The publication of this registry does not infer any rights in respect of any property.

Note: The Registry is reflecting the status of the building in given time mentioned as the date of registering, changes, demolishing, additions, reconstructions,….etc. are to be taken into consideration.

In 1994, RIWAQ initiated a large-scale project to register historic buildings across Palestine. The registry project addresses one of the most endangered components of Palestinian cultural heritage and encompasses the cultural, natural, and architectural heritage of the West Bank (including East Jerusalem) and Gaza. A vital contribution, RIWAQ’s Registry of Historic Buildings is perceived as the first step in the long process of safeguarding Palestinian cultural and natural heritage.

Although the British, Jordanians, Israelis, and Palestinians have carried out several surveys of archaeological sites in Palestine, this project provides the first complete inventory of historic buildings in the West Bank & Gaza. The registry is an encyclopedia of architectural information on 50,320 historic buildings in 422 Palestinian localities;  sixteen major cities, including East Jerusalem, and 406 villages throughout the eleven  governorates in the West Bank and five governorates in Gaza.

The Registry of Historic Buildings has been of great help in defining the priorities for RIWAQ’s rehabilitation projects on a national scale. Through statistics provided by the registry, RIWAQ designated the 50 most significant historic towns in Palestine (with a high number of historic buildings) as part of the national emergency protection and revitalization program.